The conspicuous absence of women in India’s labour force

India’s rapid economic growth has been accompanied by falling fertility rates and higher educational attainment among women. These advances often lead to an increase in women entering the labour force, but there has been a surprising decline on this front in India. Less than 30% of working-age women are currently in work compared to nearly 80% of men in India.

The conspicuous absence of women in India’s labour force is part of a wider issue the country is facing when it comes to jobs growth. But the fact that it is affecting women more than men is a worrying trend for India, which tends to rank poorly in UN rankings like the Gender Development Index and Gender Inequality Index, and has historically had low shares of women participating in the labour market. Plus, the number of women working has been gradually falling over the last 30 years.

There are a number of reasons for this, ranging from a lack of jobs growth in female-friendly sectors such as manufacturing, to more women staying in education for longer, and persisting stigma surrounding the idea of women working. As India grapples with boosting the number of jobs available to people – and young people especially – it must ensure it does not leave women behind in the process.

It is useful to understand India’s experience against the global landscape. According to the latest estimates from the UN’s International Labour Organization, the worldwide labour force participation rate in 2018 for women aged 15-64 was 53% while it was 80.6% for similarly aged men. Since 1990, participation rates for both groups have shown an overall decline around the world.

In India, female labour force participation fell from 35% in 1990 to 27% in 2018. India fares better than its neighbour Pakistan (where the rate increased from 14% to 25% over the same period). But it lags behind Bangladesh, Sri Lanka and Nepal, and other countries at similar stages of growth and development.

There are regional and demographic differences across the country. Rural women have higher participation rates than their urban counterparts. Married women, less educated women, and women from higher castes are less likely to participate in the labour market.

Reasons for the drop

Both economic and cultural reasons explain women falling out of India’s labour force. The latest evidence suggests that the number of jobs in India is on the decline. This is a significant structural problem for a country with a burgeoning young population. In particular, India has struggled to create labour-intensive manufacturing jobs, many of which favor women. This is in contrast to countries such as Bangladesh that experienced a booming export-led manufacturing sector that led to more employment opportunities for women.

The number of women staying in education in both urban and rural areas has increased, keeping them out of the workforce for longer. But, even when this is accounted for, the numbers of women working remains below India’s peers. For men, greater education leads to higher participation in the labour force. 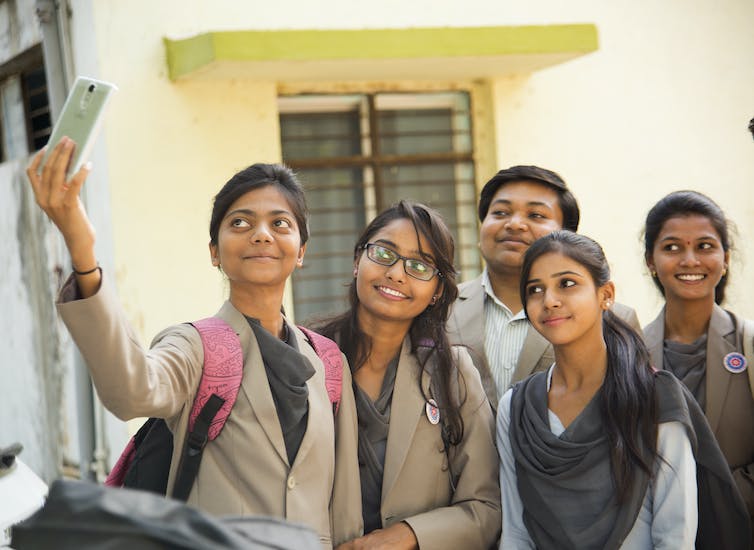 Another factor keeping women out of the workforce is the wider problem of violence against women. New work finds that sexual violence and an unsafe environment for women also stops them seeking paid work outside their homes – this is especially the case for Muslim and lower-caste women.

Gender equality is an important development objective in and of itself. Research shows that when women work they have greater agency and voice and the poorer representation of women in paid work has negative consequences for their bargaining power within their households. Plus, increasing the number of women in work is important for any country’s economic growth, leading to better productivity and improving prospects for future generations.

There are a number of ways to boost the number of women working. Tackling the cultural reasons that result in women leaving the workforce could be one such way. Changing social norms about gender equity and women’s work is paramount, and this is where awareness programmesand affirmative action policies may help alleviate gender stereotypes. The 2017 Maternity Benefit Act, by increasing paid maternity leave, may also help to limit the drop-out of women from work after motherhood. Access to subsidized childcare may also free up time for women to engage in the labour force.

At a more structural level, the next government faces a tough task of reforming the economy to create more jobs. When it does so, it must take into account India’s growing gender employment gap and specifically think about jobs for women, if it wants to reduce this gap and help boost the country’s economy.