The role of women in the recent protests in Sudan has attracted a great deal of attention. This is because women who try to have a prominent public role in the country face criticism and can be accused of neglecting their family duties. This was particularly true after the introduction of Sharia law and Sudan’s public order laws in 1983. These laws shaped gender norms and defined the position of women in Sudanese society.

But the rise of social media – and the use of smartphones – has enabled women to transcend these traditional gender norms and challenge the boundaries between different spaces.

Steel's research showed that their online activities enabled them to work at home without jeopardizing social expectations based on class, gender and religion.

Facebook and WhatsApp also allowed them to create spaces where they could socially interact exclusively with other women and contribute to broader political debates, like discussions around the recent uprising. Many Facebook traders posted flags and other iconic images from the uprising on their commercial adverts. 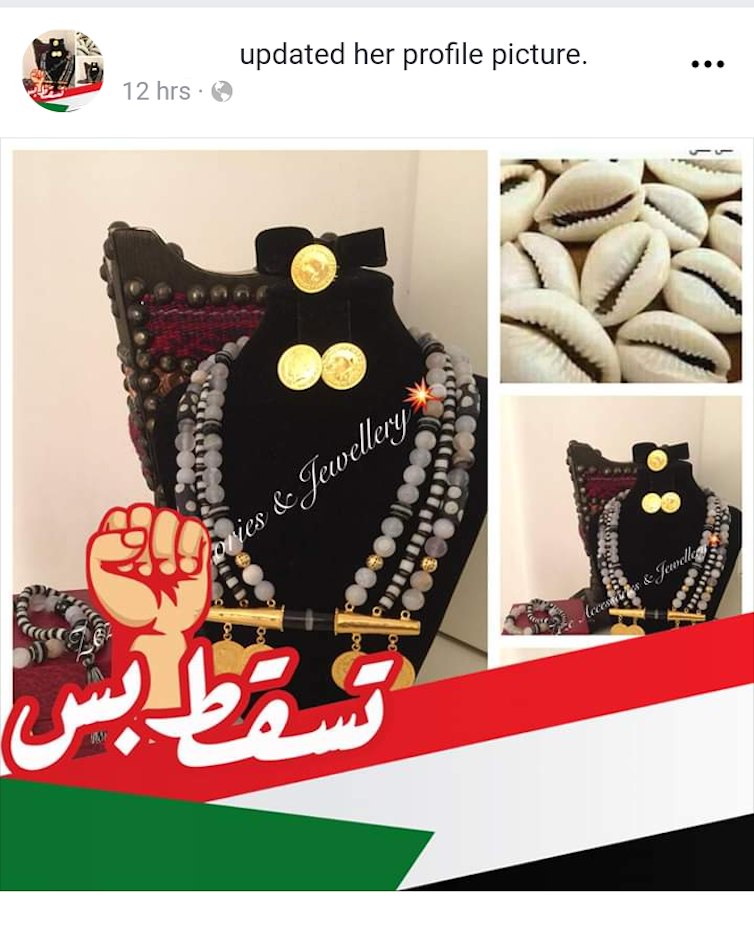 Business intertwined with political engagement and contributed to the protest from people’s living rooms.

This shows the potential that online activities by Sudan’s Facebook traders have helped women navigate restrictive environments. As one of the women said: “ligayt nafsi fi-l-shughul” – they found themselves in the business and, due to the business, were able to live their own lives.

Khartoum’s Facebook traders are Sudanese women who are generally economically better-off because their husbands – or other male relatives – have well-paid jobs. They are well-educated and have enjoyed higher education opportunities at prestigious universities in Sudan and abroad.

But they ended their professional ambitions or careers when they got married and had children. Several women said that their husbands discouraged them from working outside the home. The husbands considered it their duty to financially support the family and were concerned about their own reputations. They were also concerned about their wives’ attention being taken away from the house and children.

For most, there was initially no direct economic motive to sell products. Several women started their online activities out of boredom and to escape the social isolation of being confined to the house. However, this has changed significantly. Because of the country’s economic downturn and inflation, their activities are now an important “hidden” addition to the household budget.

Online trade, through social media, meant the women could combine work with family, business and fun. It created opportunities for them to distract themselves from some of the constraints they faced as rabbat bayt (housewives), but also to be more actively engaged in city life in general.

Working from home gave the Facebook traders freedom. Relying on mobile phones, delivery boys, digital connectivity and online platforms, they navigated public life from the intimate sphere of the home. Doing business allowed the buyer and seller to enter into more private conversations in which daily experiences, private issues and emotions were exchanged.

Men were not allowed to participate in these all-female platforms. Some traders even indicated that they specifically switched from open pages to closed groups to avoid the involvement and control of men.

This meant that Facebook traders could organize their economic activities to fit in with the gender segregation codes of the Islamist project, yet also created spaces to make extra money in times of economic hardship.

Steel's research shows that communications technologies have paved the way for a new kind of female entrepreneur who can pursue commercial goals of profit that are combined with social engagement.