The average woman in Niger has over seven children – nearly triple the average across developing countries.

While fertility levels have declined rapidly in most parts of the world, many countries in the sub-Saharan African region of the Sahel have seen their reproductive rates go down very slowly, and only very slightly.

The average woman in Niger, for example, still has 7.2 children, according to the Population Reference Bureau 2018 World Population Data Sheet. The average in developing countries is 2.6 children per woman.

With an annual growth rate of 3.8 percent, the world’s highest, Niger could see its population of 22.2 million nearly triple, to 63.1 million, by 2050. Half of all Nigeriens are under the age of 15 – a higher proportion than any other country.

Neighboring Nigeria and Mali have a youthful age structure similar to Niger’s.

John May, a demographer who has studied sub-Saharan Africa’s population growth for decades both at the World Bank and as an academic, is concerned by the situation in the Sahel region. Through his research, he has learned that a surplus of young people can predict social unrest.

In theory, a young population should drive economic growth.

It can be a competitive advantage against Western countries that – like the United States, United Kingdom, France and Italy – have rapidly aging populations. Only 19 percent of the U.S. population is under 15.

But poor countries like those in Africa’s Sahel region are struggling to provide many young people with education, health care and, critically, jobs. 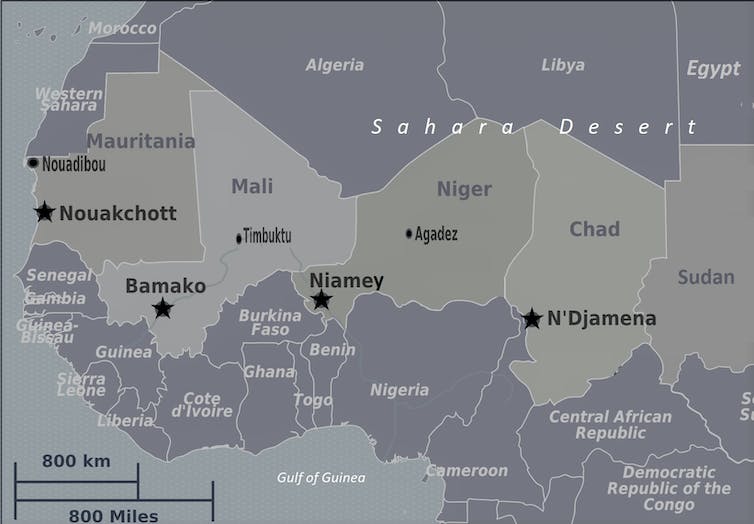 The Sahel, a sub-Saharan region of Africa.

Niger is a peaceful and politically stable nation. Yet, despite robust economic growth since 2000, it remains very poor. Just under half of Niger’s booming population earns less than US$1.90 a day, and unemployment is very high.

Incomes in oil producer Nigeria are significantly higher – about $5,700 per person. But wealth is unevenly distributed, and about half of Nigeria’s population lives on less than $1.90 a day.

The countries of the Sahel are mostly rural. But, with so many young people, there are not enough agricultural jobs to go around. Many rural youth end up moving to cities looking for work – and find unemployment, instead.

Studies conducted in a number of Middle Eastern countries suggest that a very young age structure coupled with a lack of economic opportunity can be an explosive combination.

That’s why a surging population is a red flag for scholars of a new field called “demographic security.” Baby booms can increase a country’s risk of civil unrest, conflict – and, in extreme cases, these booms can even foment extremism.

The risk of youthful revolt is highest when elected leaders are unresponsive – even repressive or predatory – in the face of a frustrated and struggling population. Those were the ingredients for the 2010 revolt in Tunisia that sparked the first Arab Spring uprising.

In the most extreme cases, terrorism can take root after conflict erupts.

According to Serge Michailof in his book “Africanistan: Development or Jihad,” this is effectively how the Taliban took over Afghanistan after a Soviet occupation in the 1980s left the country leaderless and divided.

Danger in the Sahel

Now, May fears the same thing is happening in the Sahel.

A decade ago, this region of West Africa was a generally stable place. Nigeria, Mali and Niger all had secure borders, no civil conflict to speak of and absolutely no terrorism.

Today, Nigeria and Mali are rife with terrorist threats.

Boko Haram, which was founded in Nigeria in 2002 to “purify Islam in northern Nigeria,” has killed hundreds, perhaps thousands, of soldiers and civilians across the Sahel, abducted schoolgirls and executed lethal suicide attacks using women and children as human bombs.

As al-Qaida loses ground in the Middle East, it, too, has began to spread into Africa. The terrorist organization has an estimated several thousand fighters in North Africa and the Sahel, who have sometimes joined forces with Boko Haram. 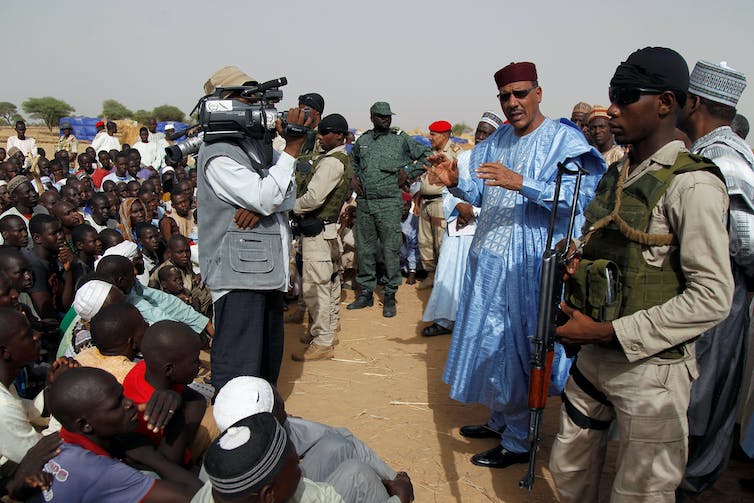 Some of these groups have now penetrated once-peaceful Niger, infiltrating its borders from neighboring Nigeria and Mali. Refugees from those countries fleeing Boko Haram have also settled in refugee camps on Niger’s borders.

Niger faces an “existential threat” from militants, according to Minister of Defense Kalla Mountari, who spoke with Voice of America in late 2018.

The U.S. military has 800 troops stationed in Niger , where they provide counterterrorism training to local troops. It is the second-largest U.S. military deployment in sub-Saharan Africa, after Djibouti.

A youth bulge in a developing country with high unemployment does not automatically lead to terrorism.

Togo and Tanzania, for example, are low-income countries with high birth rates but relatively low levels of conflict.

What makes Niger and Mali different, in May's assessment, is that their populations are growing much faster – faster than virtually anywhere else on Earth. The challenges their governments face in providing for their people are thus much more acute. They are also located next to the vast expanse of the Sahara desert, where terrorist groups transport weapons and operate almost freely, according to the U.S. State Department. 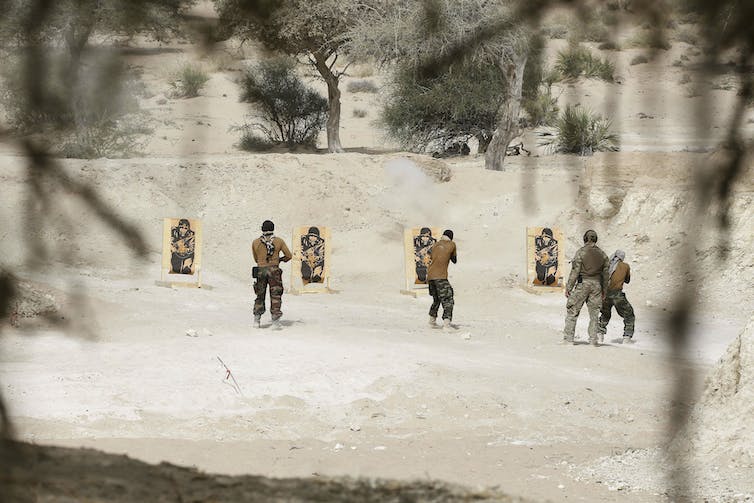 Nigerien soldiers at a British-led counterterrorism training in 2015.

In a 2008 speech delivered at Kansas State University, Hayden cited rapid population growth in “countries least able to sustain it” – specifically Niger, Nigeria and Yemen – as an urgent global concern.

In May's experience, however, few leaders in the Sahel are prepared to grapple with the political difficulties of reining in population growth.

Most sub-Saharan African countries do have family planning policies aimed at curbing fertility. But triggering a rapid and significant fertility decline is a daunting task. Attitudes about family size and birth control are deeply ingrained, less than 30 percent of women of reproductive age use a modern contraceptive method and abortion access is extremely limited.

Unless more is done to promote family planning and boost economic prospects in the Sahel’s fastest-growing countries, May fears terrorism is the likely result.