Football’s gender problem: from the pitch to the boardroom, women are still being blocked from the t

Although the world of English football has long been considered a man’s world, women now make up a sizeable proportion of football players and fans. But despite this, the football boardroom still remains a distinctly male domain.

The Football Association (FA) released its first gender pay gap report in March 2018, revealing a 23% gender pay gap in favour of men. The FA’s explanation for this pay gap was that fewer women than men worked in senior leadership roles. The FA suggested that this disparity was the result of a “pipeline” problem, stating that they needed “a better pipeline of talented women” to fill leadership roles.

It’s a similar story across club football, with men’s professional clubs averaging a 66% gender pay gap. Although the gap decreases to 17% when clubs exclude their player wages, only 21 out of 48 clubs eligible to release their gender pay gap provided this additional data – meaning the average gender pay gap could be higher. While many clubs were keen to note the influence of high player wages on the data, others acknowledged that having a lack of women in senior roles contributed to their overall gender pay gap. Again, women’s absence in the boardroom was largely explained by a shortage of women who are able or willing to do the job.

However, Amee Gill, an investigator conducting her doctoral research at Durham University and the National Football Museum offers an alternative theory. This research, which focuses on men’s professional football in England, is challenging the pipeline theory by uncovering the true extent of women’s leadership work in football.

It shows that nearly a third of workers in men’s professional football are women, and that in the last 30 years, over 700 women (and counting) have held leadership roles in the men’s game. The problem, it seems, is that women’s route to the boardroom is blocked.

In the 1970s, the pipeline theory emerged as a common explanation for gender inequality in the boardroom. Supporters of this theory argued that women’s under-representation in leadership roles was the result of a shortage of qualified women workers at the lower levels of the organisation. The belief was that increasing the flow of women in the pipeline would, in time, lead to equity at the top.

But as women’s participation in paid work and higher education increased towards the end of the 20th century, inequality at the top remained. As a result, the pipeline theory attracted substantial criticism. In recent decades, focus has instead shifted to cultural and structural barriers to women’s progression. And yet, the pipeline theory is still being used to explain a lack of women in football leadership.

This is because the pipeline theory presents a convenient account of women’s work in the men’s game. Blaming gender imbalance on women’s inability or willingness to work in football absolves organisations of responsibility for gender equality. In football, this account proves especially convincing given football’s reputation as a male preserve. Arguably, the pipeline theory has endured in football because little empirical evidence has been offered to challenge it, until now.

Although Gill found that around 27% of workers in men’s professional club football are women, the proportion of women drops to 14% in the top pay quartile – and falls even further to just 7% in the boardroom.

While there are significantly fewer women working in football than men, as the pipeline theory suggests, researchers till expect to see proportional representation at all levels. But data shows women’s presence actually declines the further up the football ladder you climb.

There are some clubs that buck this trend. Tottenham Hotspur, for example, has proportionally more women on the board than in the overall workforce – as do Leicester City, Chelsea, Aston Villa, and Sheffield Wednesday. Sunderland AFC, Reading, and Scunthorpe United also have proportional representation on their board. Nevertheless, these clubs are in the minority.

Tough to the top

More than 700 women have held leadership roles in men’s professional football since the late 1980s. These roles include directors, executives, and heads of department. Over 230 of these women currently work in a leadership capacity in football.

Many others have left football but continue to work in leadership in another industry. These women are a pool of seemingly qualified leaders who can contend for the most senior roles in football. Yet, despite this, women are still not making it to the top. 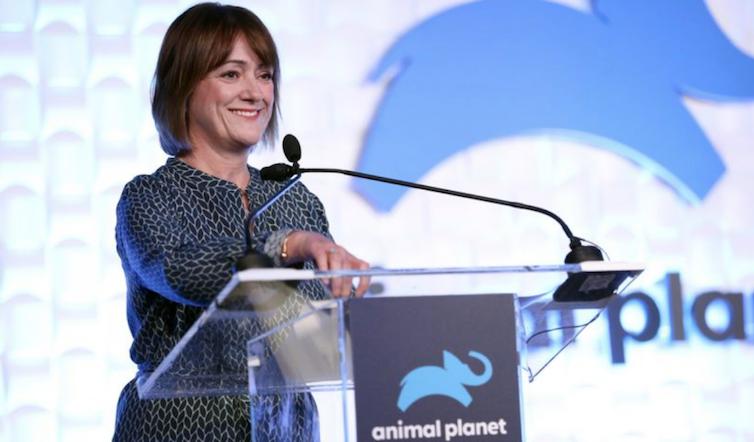 Occupational segregation could go some way to explain the block in the pipeline. Most of these women have occupied leadership roles in commercial, sales, ticketing, and retail. In contrast, few women have held leadership roles in operations, football administration, and business development. The problem is that certain roles provide clearer pathways to the boardroom than others – and these pathways are historically gendered.

Gill's research with women who have worked in senior roles in men’s football will help to understand how women experience leadership roles in football. And it is hoped that by tracing their routes into leadership roles, a better picture of why women are really absent from the boardroom can be discovered.